The 9 things every teacher should know

HomeThe 9 things every teacher should know

The 9 things every teacher should know

Nine profound information presented by a renowned educationalist about teaching that could improve and enrich Madrassah education, both in terms of pupils’ experience and attainment.

The article explains the importance of positive teacher-pupil relations, setting learning objectives, what it means to learn something, prerequisites for learning, making feedback effective among many other excellent points worthy of reflecting upon and incorporating in your teaching style. 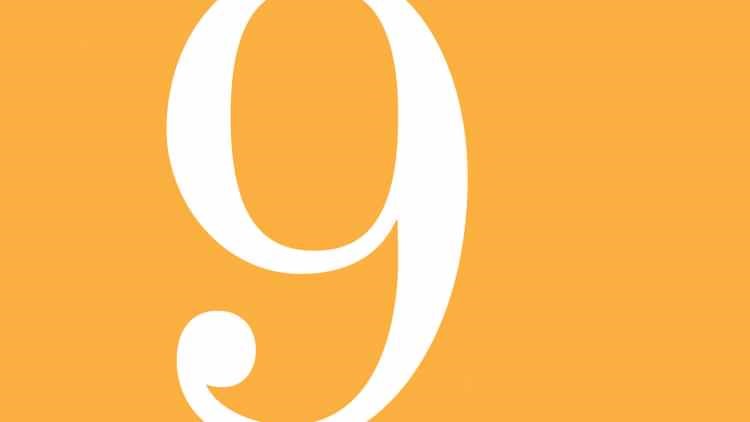 Educationalist Dylan Wiliam outlines the essential information he wishes he’d had when he started out in schools – gleaned from some of the world’s top academics.

1. Nobody cares how much you know until they know how much you care
This phrase is generally attributed to Theodore Roosevelt, although it does not appear in any of his writings or recorded speeches. Whatever the source, it captures a key point for teaching. Teaching is about relationships, and these relationships are best when they involve mutual respect.
When I ran a PGCE, many of the student teachers told me that they were worried about whether their pupils would respect them. I generally replied that I was more worried about whether they would respect their pupils. When teachers start from the basic assumption that the pupils in their class are people – sometimes little people, to be sure but people, with all the human rights that we accord to adults – then good things tend to follow.
This idea was beautifully encapsulated by Sarah Lawrence-Lightfoot, who when asked to define good teaching, said it was “ideas as conveyed through relationships” (Moyers, 1989).

2. Learning is a change in long-term memory
This comes from the work of educational psychologists John Sweller and Paul Kirschner. They point out that if nothing has been changed in long-term memory, then nothing has been learned.
Early in my career, I was constantly surprised by how many students could do things at the end of a unit but had forgotten it all six weeks later. This also explains why it is so difficult to evaluate teaching through observation. When you try to work out how good teachers are by observing them, you are trying to predict how much of what is going on in that classroom will be remembered in six months’ time. That’s hard to do, and in fact what looks like good teaching may actually be bad teaching (see point 3).

3. Memory is the residue of thought
This is the pithy summary of what we know about human memory articulated by Daniel Willingham, professor of psychology at the University of Virginia. As another American psychologist, professor Robert Bjork, has pointed out, how well students perform in a learning task is inversely proportionate to how much they will remember weeks later.

4. Learning requires forgetting
The work of Bjork yields another, even more counterintuitive, insight into learning: that forgetting is important to long-term learning.
Restudying material when it is fresh in your mind feels good because the material seems familiar – it feels as if you know it. However, this is misleading because the reason it seems familiar is because of its recency, not how well it has been learned. The best time to restudy something is after you have forgotten it, when it is no longer familiar.
The key implication for teaching is that studying things in blocks (what psychologists call “massed practice”) is less effective than studying things in short bursts, interspersed with other material (“distributed practice”).
Students generally dislike distributed practice – they would rather focus on one topic for a while – but they remember more when practice is broken up.

5. If you don’t know where you’re going, you might wind up someplace else
This is from Lawrence “Yogi” Berra – a professional baseball player – and it neatly encapsulates the importance of sharing learning intentions with students.
I am actually embarrassed by how long I spent teaching without telling my students where we were going. After all, it’s rather obvious that if the students know where they are headed, they have more chance of arriving at the destination.
Unfortunately, while the key insight is sound, in many schools these days, the idea of starting every single lesson with a learning intention has become something of a dogma, with teachers being criticised by senior leaders if learning objectives aren’t posted on the board.
Of course students should, in general, know where they are going, but it’s a mistake to think that this means spelling this out at the beginning of each lesson.

6. The answers of confident students are a bad guide to what the rest of the class is thinking
When I was teaching full-time, the question that I put to myself most often was: “Do I need to go over this point one more time or can I move on the next thing?”
I made the decision the same way that most teachers do. I came up with a question there and then, and asked the class. Typically, about six students raised their hands, and I would select one of them to respond. If they gave a correct response, I would say “good” and move on.
If you had asked me at the time whether I really believed that the response of one confident student was a good guide to what the rest of the class had learned, I am pretty sure I would have said that it wasn’t. But nobody did ask me that question, so my lessons were, as one teacher said of his own practice, “a small discussion group surrounded by many sleepy onlookers” (Black et al, 2003).
Getting responses from students who have not raised their hands is better, but even better is to find ways, at least every 20 minutes during large-group teaching, of getting a response from every single student. How you do it – for example, finger voting, ABCD cards, mini whiteboards, exit passes and so on – is less important than the idea that the teacher’s decisions about what to do next are based on the learning needs of all the students in the group, rather than just the usual suspects.

7. The only thing that matters about feedback is what students do with it
The purpose of feedback is almost always to improve the student, and not the work. The work is simply the evidence that points you to what kinds of improvements are possible and desirable.
I am actually embarrassed by how long I spent teaching without telling my students where we were going
An immediate consequence of this is that feedback should be more work for the student than the teacher, and what really matters with feedback is what students do with it.
If feedback is getting your students to do more of what you want them to do, it’s probably good, and if it’s getting you less of what you want, it probably isn’t. And how your students react to the feedback you give them will depend on the relationship between you, as Lawrence-Lightfoot indicates (see point 1).

8. Effective group work requires individual accountability
As a young teacher, I embraced the idea that students should work in groups – after all, as adults they would probably be working in teams for the rest of their lives, so an important aspect of education should be to prepare students for this.
However, I was disappointed that when students worked in groups, it was often less effective than when I taught from the front of the class, or when they worked individually.
Over the past 30 or so years, the work of psychology professor Robert Slavin and brothers Roger and David Johnson, both professors of education, has shown that there are two essential prerequisites for effective cooperative learning.
The first is that there should be group goals: students should be working as a group, rather than just in a group.
The second – and much harder to achieve – prerequisite is that each member has to be accountable to the group for the quality of their contributions. In other words, one student failing to put in their best learning efforts needs to have a negative effect on the likelihood of the group achieving its goals.
Most group learning in schools is set up in a way that allows two or three students to do the work for the whole group – in which case you may as well have the students working individually or teach the whole class from the front of the room.

9. Students have deep insights into their own learning
All schools involve students in decision-making. Unfortunately, the decisions on which they are consulted tend to be matters like the cafeteria and toilets, rather than what happens in classrooms.
One of the things I regret most about my teaching was my failure to treat students as essential partners in the learning process. Since leaving full-time teaching, I have had the opportunity to explore this in greater depth, and I have been amazed by how much insight even the youngest pupils have into their learning.
Of course their views and opinions won’t always be right, but I now believe that perhaps the most significant thing a teacher can do to improve their practice is to get some feedback from the person who is meant to be the focus of our efforts: the learner.