Madrassah: An Asset For Us All

HomeMadrassah: An Asset For Us All

Madrassah: An Asset For Us All 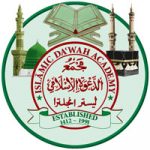 The UK’s Muslim community is no different from other communities in that they too desire peace, security and harmony in our country. When appropriate measures are put in place to achieve this they also welcome them, so that people of all communities can live together in peace and harmony without fear and suspicion.

A recent Government initiative calls for the regulation of all supplementary schools that offer intensive courses, which is likely to significantly impact Muslim supplementary schools known as madāris (plural of madrasah). A natural reaction is to consider whether the proposed measures are justified.

Any violence in the name of religion and the advocacy of such actions, is something which no doubt needs to be tackled. Any individual institute where activities threatening the security and social cohesion of our country are taking place should be held accountable. However, in the absence of clear evidence a wholesale attempt to accuse the madāris of being the issue and to propose remedies to address a perceived systemic problem, has the potential to lead to adverse outcomes. It may marginalise the very community the Government is seeking to engage. Therefore, it is imperative that the institution of madrasah in the UK is properly understood on the basis of evidence and facts, and not hearsay, suspicion or by adopting sweeping generalisations.

Many fellow citizens will have heard the term ‘madrasah’ for the first time in their lives in the context of the Prime Minister’s recent speech, and so regrettably may have formed a negative impression of this core institution of the Muslim community. The truth is that the madrasah in the UK is not an alarming new trend, but is as old as the Muslim community itself. It has been a strong positive influence on the moral, educational and social development of young British Muslims for decades, long before the modern phenomenon of extremism became an issue. If madāris were breeding grounds of hate and intolerance, surely the negative outcomes would have manifested in our society a long time ago. On the contrary, the authentic religious education and sound guidance of the madrasah have always helped young Muslims to understand their peace loving religion and so reject every type of hate and extremism.

Furthermore, the key Prophetic teachings of sidq (truth) and amānah (trust) form the basis of how Muslims must interact with others, and this teaching takes on even greater significance in a religious setting like the management of madāris. Where there is sidq there will surely be transparency, and where there is amānah, the law of the land will definitely be respected. Therefore, it is difficult to envisage madāris violating the law or being anything but transparent.

The benefits madāris bring to Muslims and the wider society cannot be overemphasised. They are a priceless treasure worth preserving, not a threat that needs curtailing. Below is an extract from a previous article entitled The Legacy of the Madrasah (Dec 2006), in which I attempted to highlight some of the ways in which the madrasah is a blessing for us all:

The madrasah is not an insignificant institute. The flame of Īmān (faith) is first kindled in the madrasah. The light of Īmān first permeates the heart of a Muslim child in this environment. It teaches our young children moral values.

It is in the madrasah where we learned that to lie is a very great evil and that we should always speak the truth. It warned us against the use of bad language and that stealing, cheating and oppressing people are wrong. The madrasah taught us not to be a thorn in the side of our parents and to care for the elderly, orphans and widows. It was in the madrasah that we learned that we should be kind to our neighbours, be they Muslim or non-Muslim.

The madrasah even taught us things that we do as adults without paying attention to them, like the simple yet rewarding act of removing an obstacle from a path. The good morals and character we take credit for as adults were acquired through the madrasah. All the teachings we are familiar with and today practice in our lives spring from there. By taking stock of every good deed we are performing and every evil that we detest and avoid, we will be witnessing the legacy of the period of our lives between the age of four or five up to thirteen or fourteen: the years spent in the madrasah.

The madrasah not only brings our children benefits in relation to the hereafter, it also provides them goodness in this world. Parents too, receive worldly gain: a child that spent its time well at madrasah will become a means of comfort and joy for its parents. The madrasah is a boon for the country as well because it produces good citizens, regardless of whether it operates in an Islamic country or a secular state. At madrasah, children are taught to respect the rights of all people and are warned against involvement in drugs, alcohol, theft, vandalism and all types of antisocial behaviour. It contributes towards a socially cohesive society and is a great blessing for humanity as a whole.

Prophet Muhammad sallallāhu ‘alayhi wasallam came into this world as a mercy and all his teachings are full of mercy. What is taught in the madrasah is what the Prophet Muhammad s taught. His life, his character, his dealings – they all form the basis of what our children learn. Every child who attends a madrasah becomes familiar with these Prophetic teachings and is equipped to go on to embody them and serve humanity and work for its betterment.

During these times it is even more important that madāris are safeguarded and this precious institution is not lost due to misunderstanding or negligence. I also wish to draw the attention of madāris towards some beneficial suggestions:

In future these forums can create a national network and as a result every madrasah will be able to benefit and enhance itself on all levels of ta‘līm, tarbiyah and general standards of quality and practice Inshā’allāh.

May Allāh ta‘ālā safeguard the institution of the madrasah and bless it with continued acceptance, as a means of cultivating young Muslims into becoming assets for their parents, communities and our country. Āmīn.